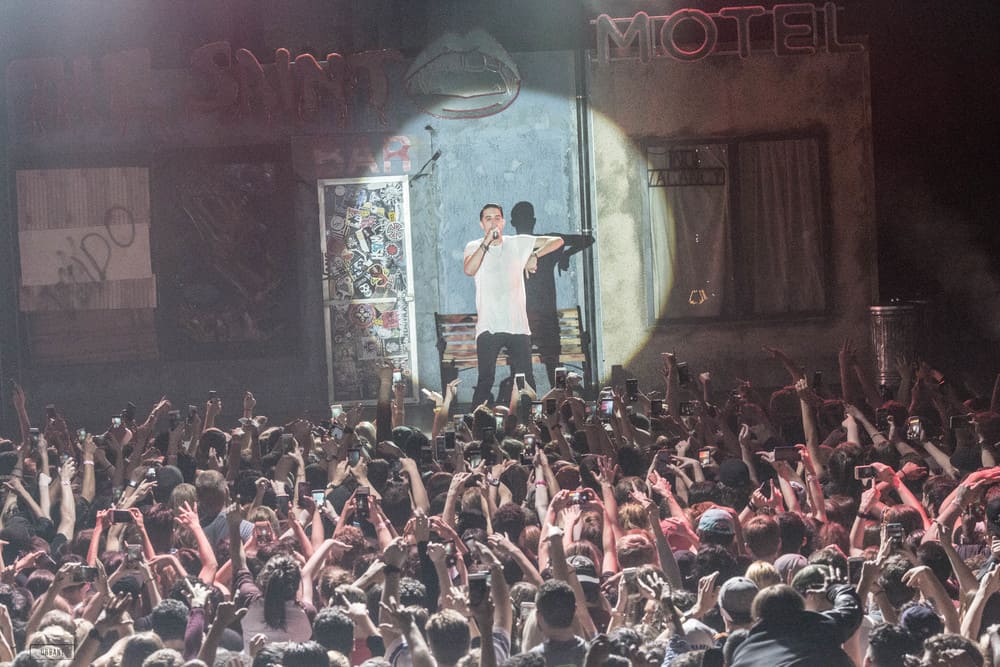 G-EAZY AND A$AP FERG TAKE OVER THE BOMB FACTORY IN DALLAS,TEXAS

If you’re like some of us, you’ve been aware of G-Eazy for quite some time now. I vividly remember catching the Bay Area bred rapper’s performance in Austin for SXSW nearly 4 years ago. Since then, he’s grown to the enormity that he is today, and appears to be one of this generation’s most fast rising stars, with constant touring and an ever escalating fan base surging his adrenaline. He’s visited Dallas many times in recent years, but Sunday night was his largest turnout to date, with an enthusiastic crowd of over 4,000 partygoers chockfull in The Bomb Factory halls.

An ensemble of eager Eazy enthusiasts began snaking around the venue nearly 3 hours prior to the first opening act, forming a dense line that stretched throughout various corners of Deep Ellum. The show commenced with sets from fellow Californians Nef The Pharaoh and Marc E. Bassy, who successfully revved up the crowd up for the supporting act, A$AP Ferg, gold grill clad Harlem native with a certain proclivity for infectious trap tunes. Though A$AP Ferg poses as a supplement to Eazy’s headline, his performance alone was momentous enough to send the crowd into a frenzy.

The instant Ferg took the stage the multitude began to swarm, quieting only during the rapper’s memorandum piece to pay homage to A$AP Yams, late founder of A$AP Mob. Tunes from Ferg’s debut album, Trap Lord, initiated a disorderly, bobbing effect amongst the gathering as they grooved to cuts such as, “Let It Go,” “Shabba” and “Work.” Indeed, the unruliness of the crowd ignited into all but pure pandemonium during his set, leaving them anxious for what was to come next.

As the curtains dispersed, the lights illuminated a vast stage set-up that reckoned the likes of a sinfully appealing part of town, accurately befitting the rapper’s album title and tour namesake, When It’s Dark Out. He coolly struts from the center with unruffled self-assurance, stylish sunglasses in place, adorned in his iconic retro-style varsity jacket, glinting from its collection of assorted pins. The crowd, the majority of which being female, erupted into a frenzy as the 6’5 pop icon sang, “Random,” periodically licking his lips and grinning coyly, much to their delight. One overzealous fan even managed to successfully toss her bra onstage, which he playfully picked up and later hung from a mic stand. If one were to compile every Snapchat and phone video taken during the emcee’s theatrical performance, not one moment would have evaded capture. It had everything from a homeless man resting on a bench, almost-naked women dancing seductively in windows, to multiple outfit changes, monologues and flashing neon lights. You’ve got to admit, the guy definitely knows how to put on a show.

Undeniably, G-Eazy is considered today’s rap-pop heartthrob, although in most circles he’s still considered up-and-coming, seeing as he isn’t well known in some airwaves due to lack of radio spins. However, he’s still considered a complete success, doing sensational numbers in album sales and even reaching No. 5 on Billboard with his most recent project, not to mention amassing millions of views and followers via his YouTube platform. More importantly though, his fans are his lifeline, as he mentions passionately during pauses in his show, stating that he’s felt as though he’s developed a long-lasting connection with them over the years that has resulted in his concrete cult following, one that he is abundantly grateful for. In short, he’s got the looks, he’s got the fans – the guy’s a born star, making strides in his own right, doing it his own way, and staying true to his own unique appeal and delivery. I’m eager to see just what planes G-Eazy transcends to; this is only the beginning. 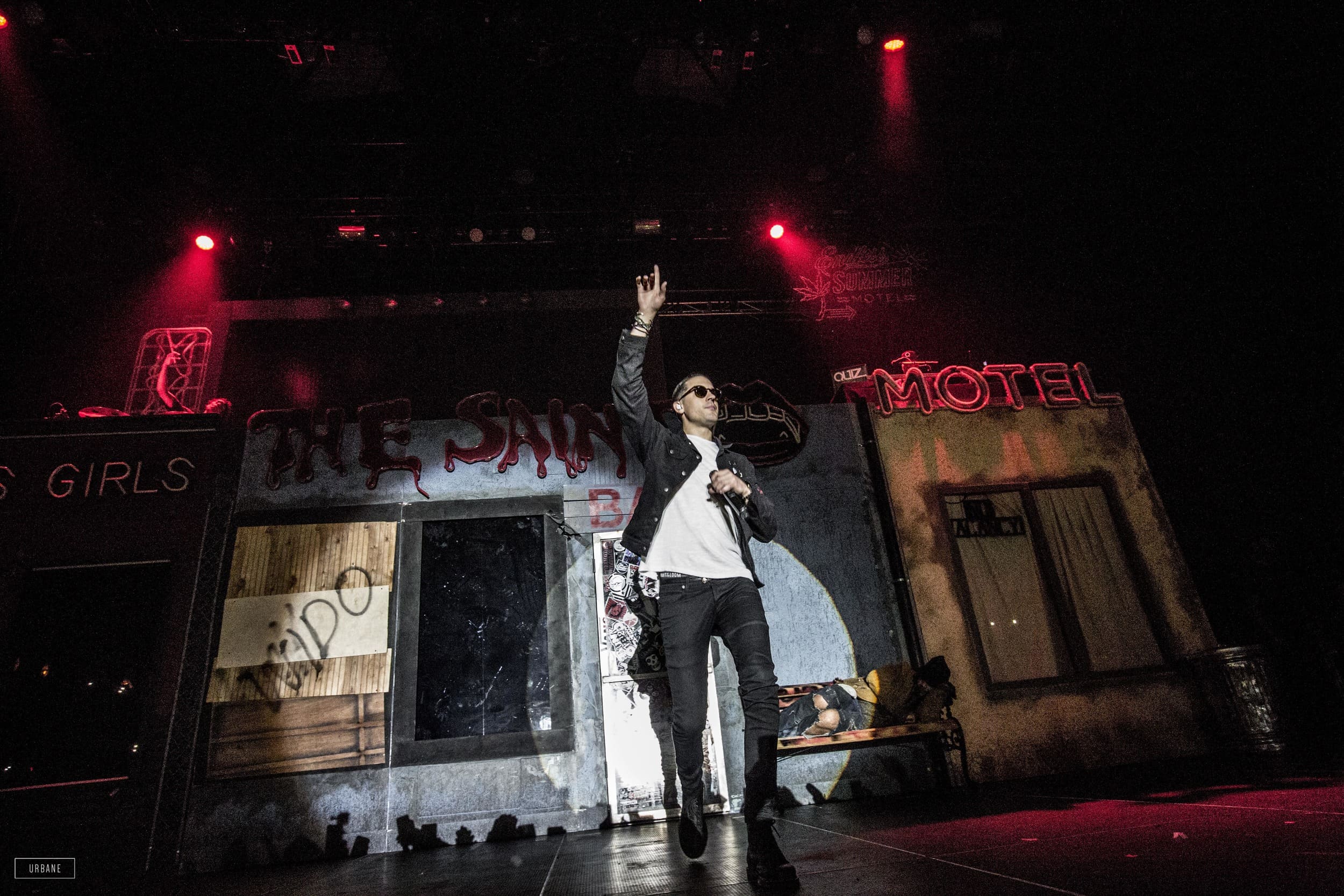 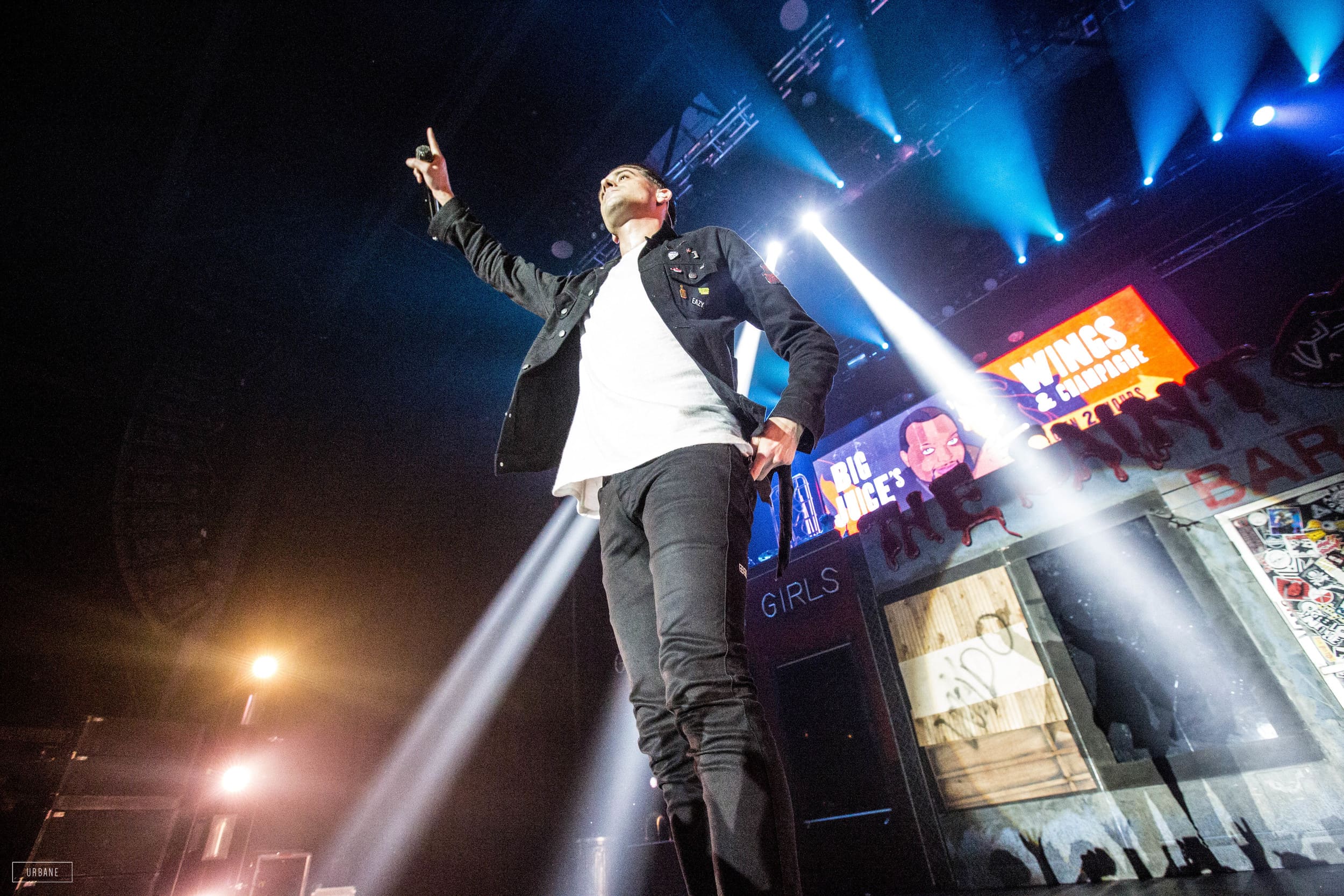 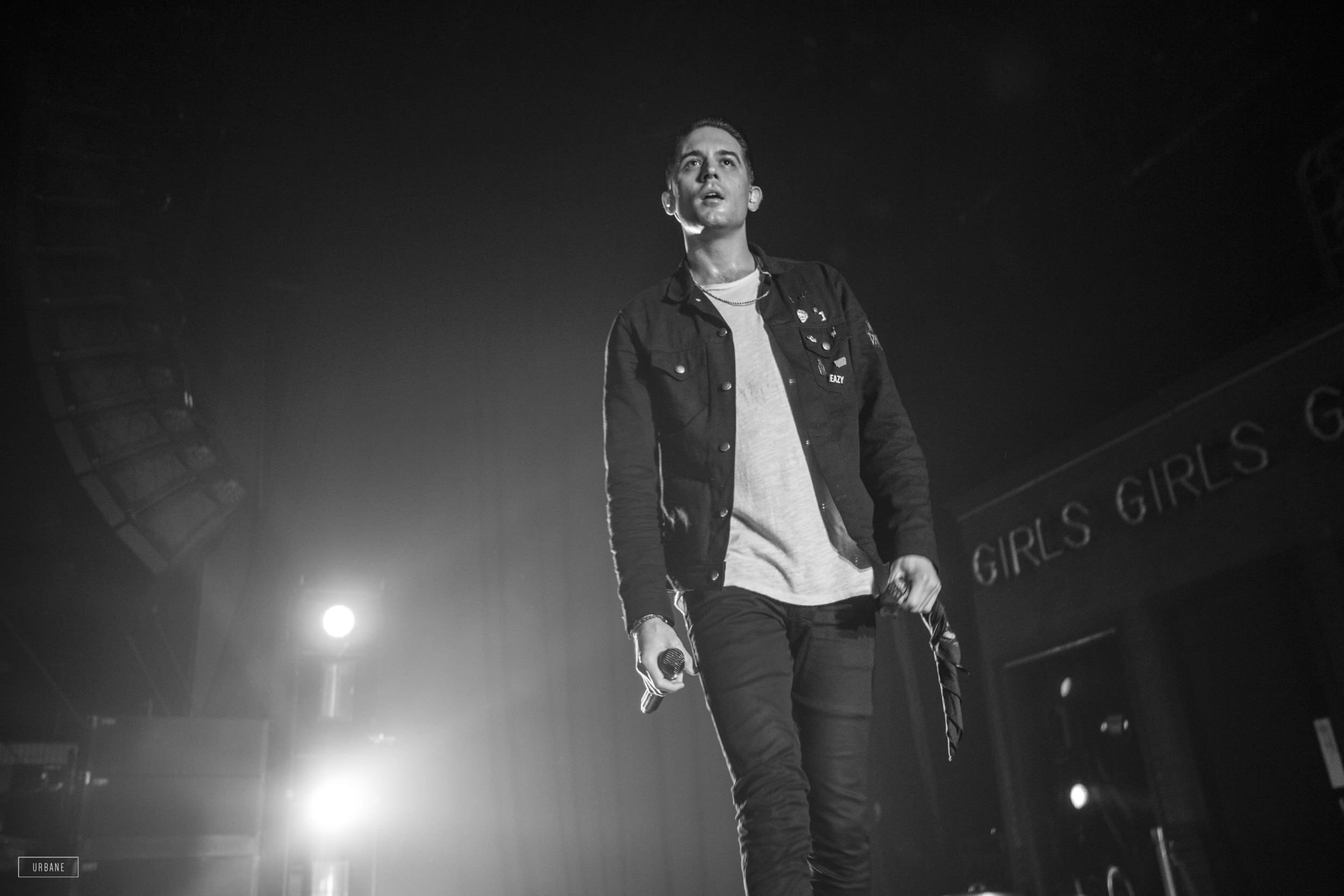 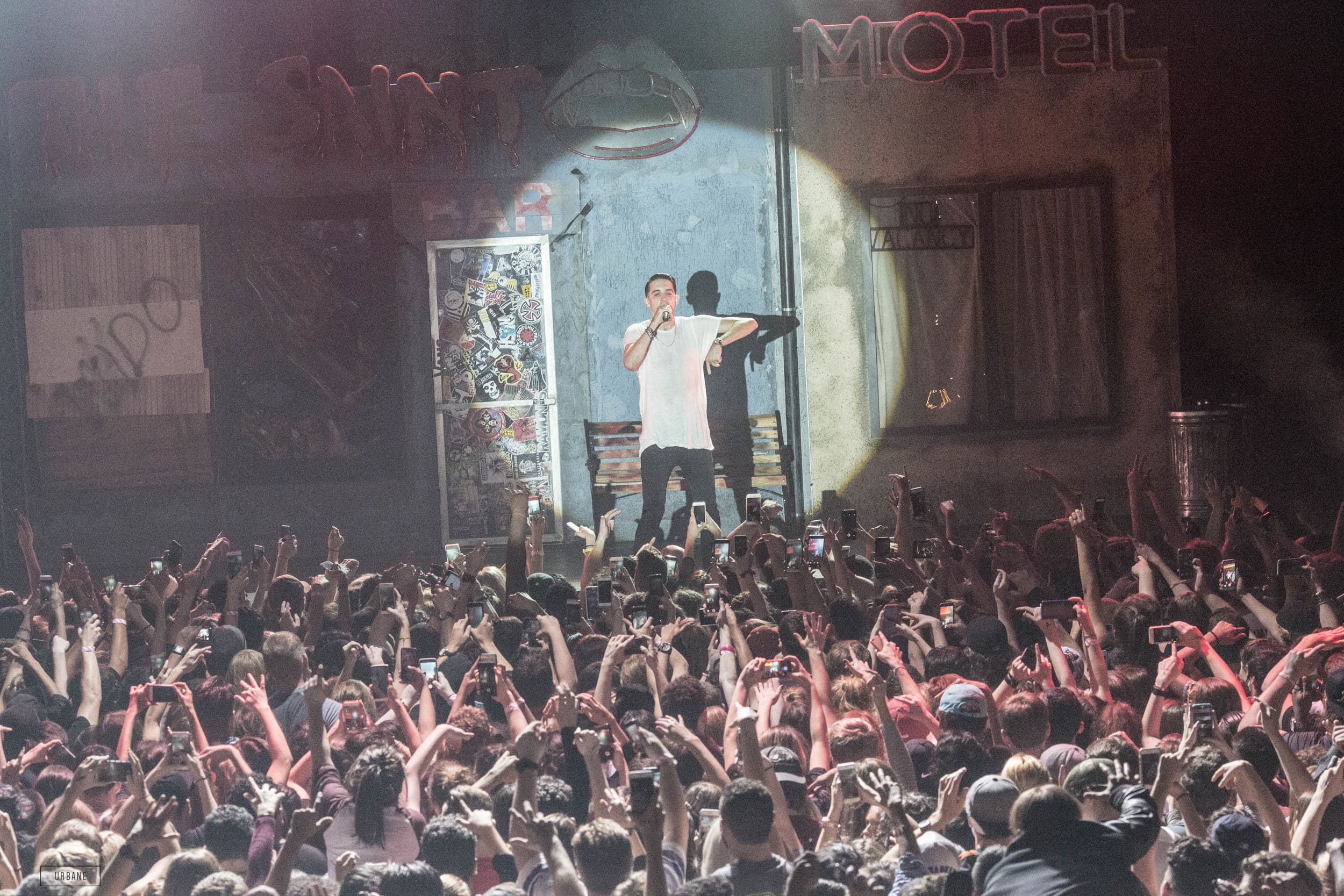 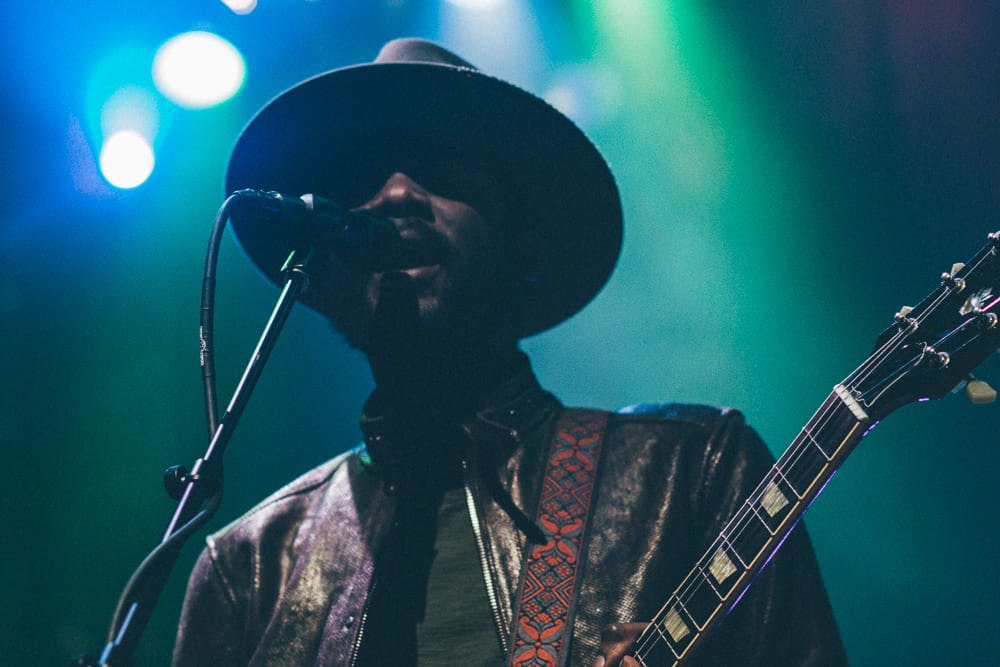 GARY CLARK JR.’S THE STORY OF SONNY BOY SLIM TOUR IS A MUST SEE