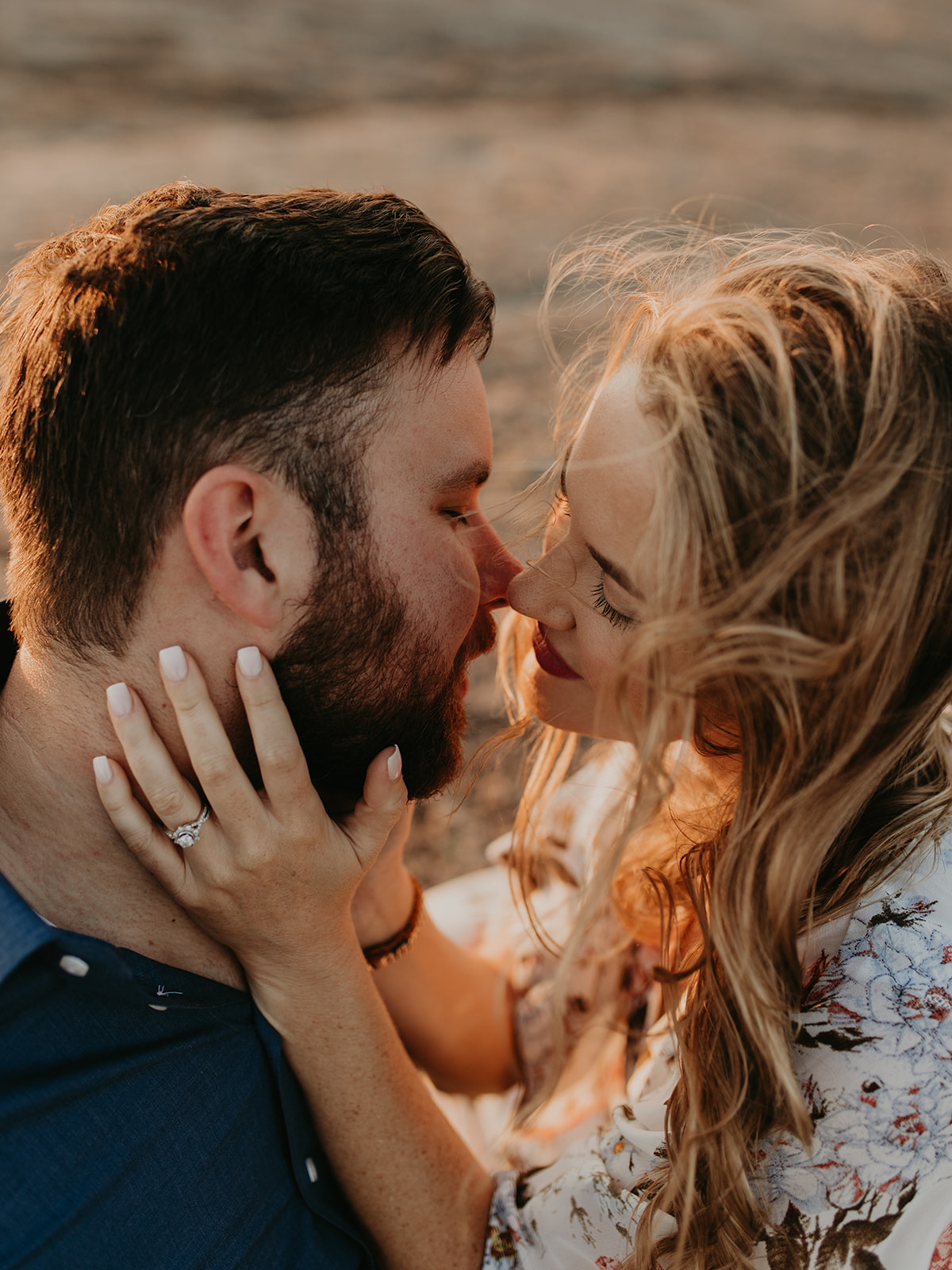 This gorgeous session at Enchanted Rock in the Texas Hill Country was incredibly fun from start to finish! Kirsten and Alvah found me on Insta, and I immediately fell in love with their story. Alvah & Kirsten met at work when they lived in Virginia (a classic Jim & Pam story, if you will) and then moved to Austin a little over two years ago, which is where Kirsten is originally from. Kirsten said that Alvah essentially chased her down to Austin after only six months of dating and now they have been together for almost three years. They told me that they were looking for a photographer who could capture them naturally (as she admitted that she and Alvah were not the most comfortable picture-takers) and to guide them through the process seamlessly. Warmth, candidness, and quality were what are looking for in their engagement session, and I was so glad that we were able to portray their closeness and fun personalities in the most authentic and beautiful way. Moreover, Enchanted Rock was particularly special to Kirsten, because she spent her summers there venturing as a child with her family, and chose this location due to its beauty and sentimental value. Enchanted Rock is forever one of my favorite locations, and I highly recommend it for any of my couples looking for a change in terrain, and a mountainous appeal from their images from right here in Texas. It’s a nice little escape from the city, and it truly feels as though you’ve stepped into another state for a while.